Fans of these arguments, certainly recognize Venice as a city esoteric. But for non-experts, may be curious and interesting peek into some of these places or recall past events with esoteric features.
One of the pillars of esotericism is the Grand Canal of Venice. Some researches think the Grand Canal would be the representation of the "great dragon" of the subsurface, capable of positive and negative influences.
Extending the concept, the Grand Canal can be seen as a snake or a dragon with a head with beneficial effects and a tail with negative influences.

As mentioned in the page that talks about it, Giacomo Casanova was interested in esotericism  and certainly became Mason. Another famous character, Giuseppe Balsamo know as Cagliostro met Casanova in France in Aix-en-Provence to exchange alchemical formulas in search of eternal youth. Casanova also met Wolfgang Amadeus Mozart, another famous Mason.
One of the most popular esoteric symbols is the pelican. From the manner in which this bird feeds her young, pointing his beak on his chest to release the fish from the throat, was born the belief that it will rend his breast with his own blood to feed its young. In a Christian has become a symbol of the crucified Christ who sacrifices himself for the salvation of humanity. This symbol is found in the penultimate column of the Palazzo Ducale, towards the Ponte della Paglia, and two pillars of the Church of San Salvador.
Two buildings have more than a link with esotericism and magic,  Ca 'Dario and Ca Mocenigo.
The first was built on an ancient Templar burial and brings bad luck to its owners with many suicides among them, the second is tied to the sad fate of Giordano Bruno condemned, in Rome, at the stake as heretic.
The marbles and stones of the palaces of Venice are full of esotericism and, after hundreds of years still exude that mysterious charm that contribute to making it a unique city. 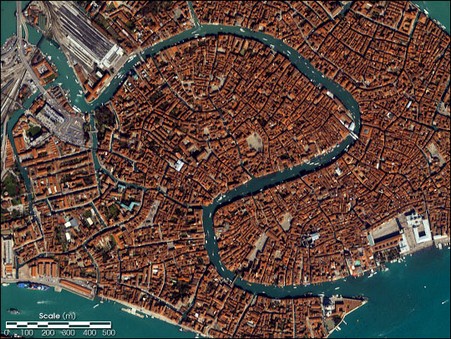 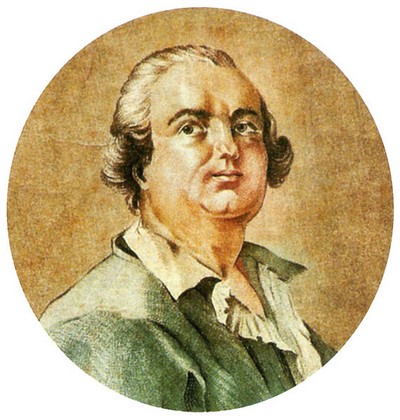 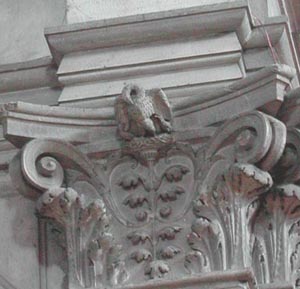 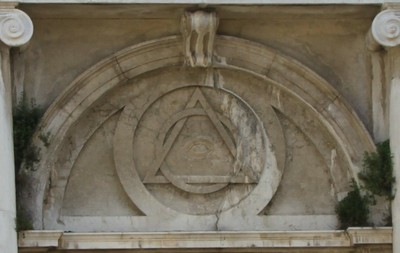 Templars and Freemasonry in Venice

Walking along the Strada Nova, from the railroad to the Rialto, at a certain point opens on the right a nice field, in a picturesque setting, and in front of you will see a church, the last built in Venice under the dominion of the Serenissima Republic.
Field and the church bear the same name, La Maddalena. What initially affects of the church, is the bas-relief which occupies the upper part of the front door, it is an eye within a triangle and a circle twisted, beloved symbol to the iconography Mason.
The church was completed in the neoclassical style in 1790 as a remake of an earlier church which was built on the grounds of the family Balbo,  belonged to the order of the Templars.
Inside you encounter other obvious signs of belonging Mason, square and compass as in the tombstone dell'archietto Thomas Temanza that began construction. Of circular plan, such as the Pantheon in Rome, it contains 12 columns with a single altar to recall the apostles and the only God, but also the knights of the Round Table and the quest for the Grail. 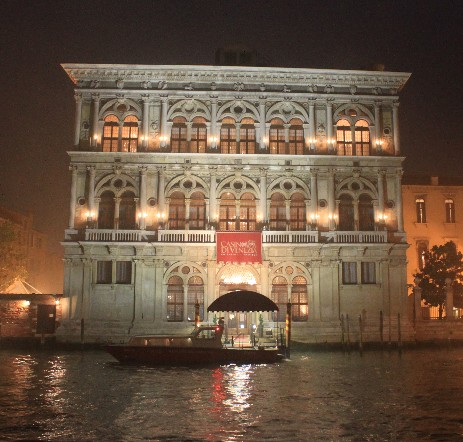 The fate of Venice and of the Templar were intertwined since the time of the Crusades. Departed from Venice boatloads of pilgrims to the Holy Land and ships laden with the knights with all the goods necessary for their military campaign in the Middle East. Pilgrims often took advantage of the ships Templar, in order to obtain passages, given the high reliability and safety recognized to the Order.
In 1197, Gerardo, archbishop of Ravenna donated the order some land in location Fossaputrida (currently corresponding to the parish of St. John in Bragora) in order to build a monastery and a hospice for pilgrims.
After the fall of Jerusalem and the consequent end of the Crusades, the Templars had left on the ground a large number of casualties, but were also enriched immensely.
The legend says that the Templars arrived in Venice with a huge treasure that was hidden in the small island of San Giorgio in Alga and that, later the traces were lost.
One of the most famous traces of the passage of the Templars in Venice, is located in the facade of the famous building that houses the casino of Venice, Ca 'Vendramin Calergi. There are in fact the latin words "NON NOBIS", which corresponds to the first words of the motto of the Knights Templar, "non nobis Domine, non nobis, sed nomini Tuo da gloriam." Not to us Lord, not to us but to your name give glory. 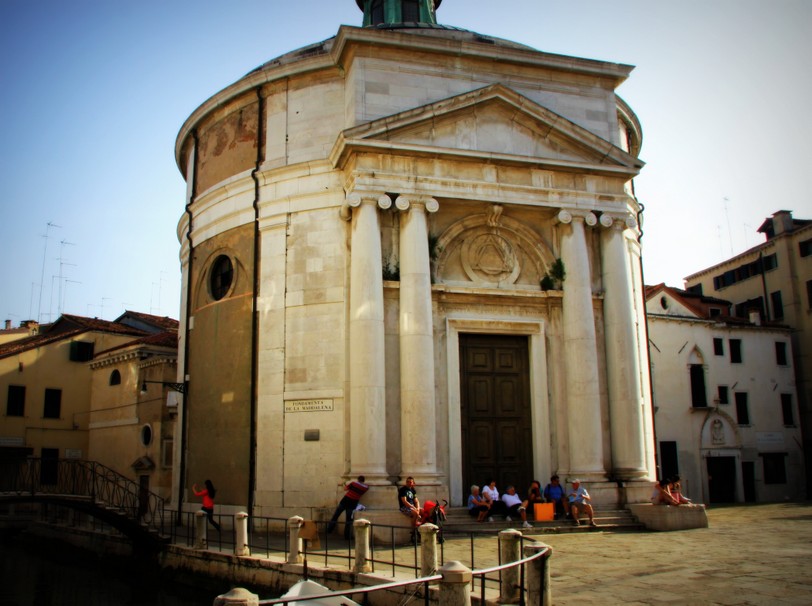 Oratory of Cruciferi and brothers Nicolo and Antonio Zen

The Fathers Cruciferi were a religious order like the Templars founded in the East in the fourth century . The tradition says that their founder was St. Cletus , with a subsequent re-foundation in care of St. Ciriaco .
In 1169 it was given them a Constitution , and the Rule by Pope Alexander III.
Later Pope Pius II made them wear a blue dress and gave them small cross as a symbol of silver.
Were suppressed in 1656 due to lack of new members and because their habits have become , in the meantime , little monastic. In the heyday of the order, counted 208 monasteries in Italy.

In Venice settled in the area of the field of the Jesuits,  in the church called of Santa Maria Assunta, now Church of the Jesuits and in the front located Oratory, which still bears their name, still used today as a hospice .
The oratory was built in the second half of the twelfth century thanks to the legacy of the Doge Renier Zen . The palace of the Zen family , is adjacent to the Oratory and connected to it by an air passage .
Over the centuries , the Cruciferi accumulated a considerable wealth , and it seems that, after the destruction of the Knights Templar , many assets owned by the latter have been donated to the Crociferi by Philip the Fair king of France.

The history of Zen Family of Venice, intersects with that of Henry Sinclair , Lord of Rosslyn, where is located the famous Chapel of St. Matthew, which is believed there is or has been guarded the Holy Grail , or, at least where it should find the map to reach the place where they hidden the treasure of the Templars .
The two Zen brothers were put in charge of a fleet owned by Henry Sinclair and traveled long in the North Atlantic , where it seems even reached America , a hundred years before Columbus.
Perhaps in their travels helped to carry and hide the treasure in some unknown land at the time ? 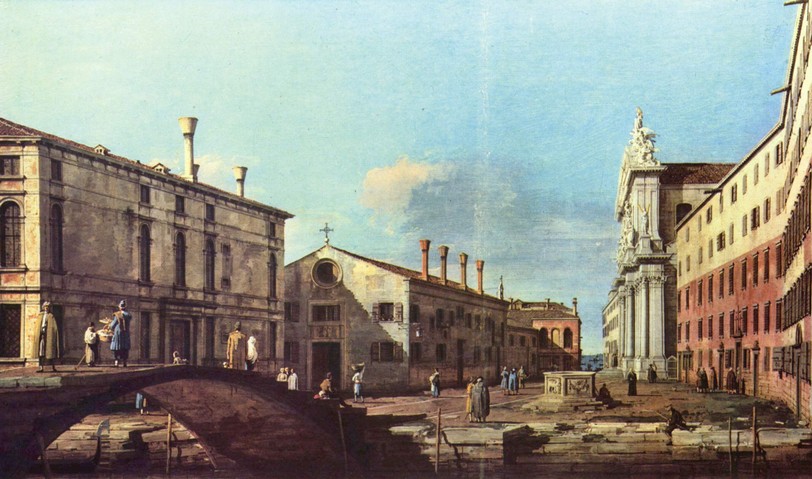